Sign up to receive industry updates and to hear what’s going on with us! 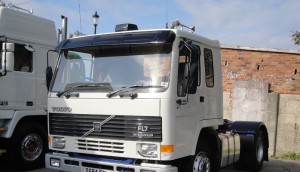 The Federal Motor Carrier Safety Administration (FMCSA) has announced that they will be changing the random testing rates for 2016.

The current random testing rate is still at 50% but coming in 2016 it will be reduced to 25%.  This would be a great time for you to revisit your program.  While many companies may wish to retain their current policy, others may benefit from a reduced spend if they decrease the number of drivers being tested.